Posted on October 2, 2015 by Stephanie Patterson

Today’s release is a fabulous romantic novel, sharing the lives of Jen and Michael. There will be music, and some dressing-up! 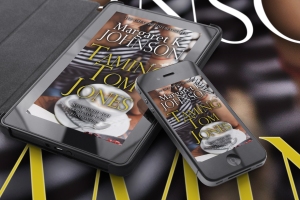 Jen’s partner Michael has never been in a relationship for more than four years, so with
their fourth anniversary coming up, she’s getting understandably nervous. Especially as she’s just discovered she’s pregnant, and she knows Michael doesn’t want any more children other than Kyle, his teenage son.

Jen means to tell Michael about the baby right away, but then he comes home on a brand new motorbike, having traded in his sensible car, and the moment is lost. Is Michael having an early mid-life crisis?

Jen decides to do some detective work about Michael’s exes in an effort to save their relationship, and embarks on a journey that will take her as far afield as North Norfolk and Cuba. But she has no idea of the can of worms she’s about to open.

Why do all Michael’s relationships break up? And what’s the big secret he’s hiding?

Find out now at: Amazon, Smashwords, Kobo and Barnes & Noble!

I'm a writer, editor and publisher. I have gained extensive experience in critiquing and editing manuscripts over the last twelve years – including seven years as an independent publisher – and with a number of independent authors.
View all posts by Stephanie Patterson →
This entry was posted in New Releases and tagged dressing-up, growing up, life, love, Margaret K Johnson, relationships, Taming Tom Jones. Bookmark the permalink.